Monica Esparza is a CLC and has been serving families as a breastfeeding peer counselor for more than six years, providing peer to peer support to breastfeeding mothers through the WIC program both individually and in the hospital setting. She has served as co-chair of the Greater Albuquerque Area Chapter and on the Board of Directors for the New Mexico Breastfeeding Task Force and helped establish the Workplace Liaison Program to support businesses to become Family Friendly. She believes in supporting communities and establishing a supportive system where all families are able to achieve their own breastfeeding goals. Christine Kamm is an accounting professional with over thirty years of experience in financial and regulatory reporting and analysis. She graduated from the University of North Carolina, Chapel Hill with a BS in business administration with a concentration in accounting. She worked in public accounting for the first five years before taking a year off with her first child and went back to work part-time as finance director for YWCA of Albuquerque. In 1999, Christine established a home-based accounting firm, specializing in financial consulting and reporting for small businesses and nonprofit organizations. 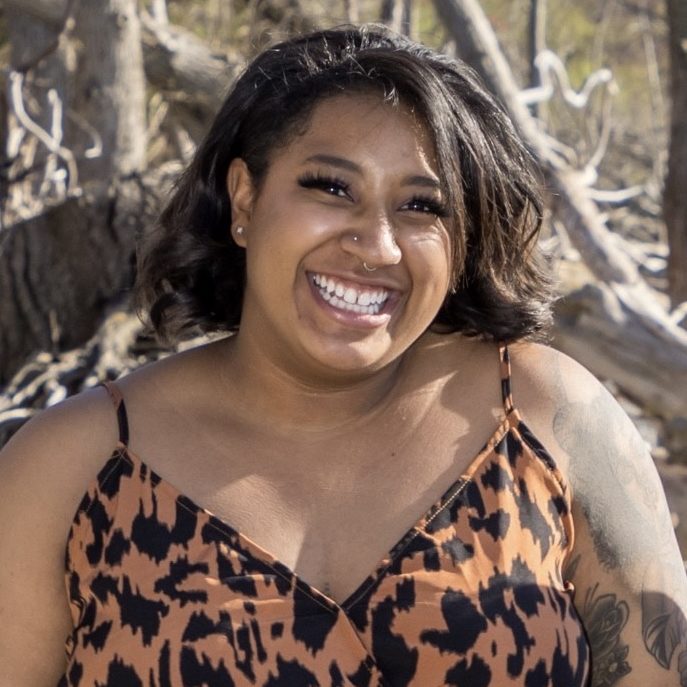 KendraJoi Trujillo joined the NMBTF team after working as an intern for two semesters in 2021. She enjoys being with her wife, cooking and traveling. Graduating from UNM with her Bachelor of Science in Community Health Education December of 2021 has only increased her love for community work. As a CLC she hopes to incorporate lactation and birth work into her career as she enters UNMs Health Administration Master’s program August 2022. She is thrilled to be a part of something amazing like the New Mexico Breastfeeding Task Force.

About Siboney A. Rodriguez

Siboney is the proud mother of three amazing boys with over 6 years of combined breastfeeding and thrives on her passion for familial health and bonding. Siboney has been with the NM Breastfeeding Task Force since early 2017 as a Clinical Implementation Specialist and continues to work with hospitals and clinics across our state to improve breastfeeding rates and lactation support foundations. Her other roles are also centered around care and include being an INNATE postpartum care provider, licensed social worker, PAIL advocate, and breastfeeding/baby care educator. Siboney is also the founder of Motherhood Wellness of New Mexico, offering care sourced from traditional practices to facilitate healthy, rebirth of families. Siboney feels inspired to contribute towards the development of communal encouragement and support for breastfeeding and cultivating community wellness.

Nina has been working in the realms of birth and breastfeeding for nearly ten years. Her exposure to this world began at a young age, with her midwife mother attending births during Nina’s upbringing on the east coast. Her own interest in supporting birthing people through their childbearing years took hold after attending a midwifery internship at the Northern New Mexico Birth Center in Taos, NM. Following this internship, she returned to the east coast to attend births in her solo doula business, through a group doula model, and as a volunteer serving low-access communities.

Nina returned to New Mexico in 2013. Since returning to the state, she has been involved with local organizations such as the Southwest Women’s Law Center, NMBTF, Well Woman Radio, and the UNMH Birth Companion Program. Nina attended college at Skidmore College in Saratoga Springs, NY, where she studied creative writing.

Jessica Lujan is a reproductive justice advocate, a community-based herbalist and queer farmer from the Pojoaque Valley in northern New Mexico. She received a bachelor's degree in Integrative Health Studies from Northern New Mexico College. Jessica worked with Tewa Women United starting in 2010 as a full spectrum doula, childbirth educator, certified lactation educator, and served as the manager of the Indigenous Women's Health & Reproductive Justice Program at Tewa Women United from 2015 through 2022.  She currently sits on the Board of Directors for the New Mexico Doula Association as Birth Equity Co-Chair. In 2022, Jessica transitioned from her work with Tewa Women United to build her business, Colibri Corazon, which is dedicated to creating products, opportunities, and experiences that uplift individual and community wellbeing through sustainable herbalism, food as medicine and wellness workshops. She is also taking part in Los Sembradores Farmer Training Program with the New Mexico Acequia Association, a 10-month apprenticeship on traditional irrigation techniques and ancestral farming methods, as well as modern farming techniques and regenerative agriculture.  Jessica currently resides along the Rio in El Guique, NM with her son and many fur babies.

Marianna was born in San Diego CA but has lived in Farmington NM for 15 years. She loves spending time outdoors appreciating New Mexico’s natural beauty. She was inspired by her mother’s passion for normalizing breastfeeding and with her support found the resources to breastfeed her 3 sons while she worked in the food and retail industries. She is currently pursuing her degree in business administration.

She is grateful for the support she received from her husband, mother and the rest of her family over the course of five years breastfeeding her twins and their older brother.
She is honored to have the opportunity to share her experience and continue to spread a culture where breastfeeding is the norm, not the exception.

Carolina Nkouaga is a public health consultant and a community midwife. For over a decade, she served as the Director of the University of New Mexico Health Sciences Center Office for Community Health, where she collaborated on the development of the health extension model and various community health worker initiatives, as well as the implementation of the University’s strategic goal to work with community partners to improve the health and health equity in the state of New Mexico more than any other state. Carolina is passionate about the development of collaboration and partnership, and has been a key driver in the community health worker model in New Mexico which is currently being replicated in many other states. She currently serves families in central New Mexico during the prenatal, birth and postpartum period, holding space and honoring their traditions as they welcome a new life. She draws on her experience of working in indigenous communities throughout Latin America on community development projects, as well as the Bahá’í principles of unity and service, to guide her work.  With ties to Costa Rica and Cameroon, her family home shared with her awesome husband and two phenomenal daughters is often filled with the sounds of drums and singing.

Kimberly Smetzer, RN, IBCLC, started working with new breastfeeding mothers and after her daughter Tiffany was born. Breastfeeding was much harder than she had imagined and she really thought of giving up. The amazing support she received while breastfeeding her children is the driving force behind where she is today. Since graduating from nursing school in 1999, Kimberly has worked in two countries and four states while accompanying her military spouse. She has had the privilege of working in mother/baby, labor and delivery, and transition nursery positions. Kimberly is an International Board Certified Lactation Consultant, (IBCLC) and has been able to use that knowledge in all of her positions. Kimberly and her husband moved to Las Cruces in the summer of 2008. Since then, she has worked as a lactation consultant and nurse manager at Mountain View Regional Medical Center with a wonderful group of people that believe in the same principles. They are proud to one of eight baby-friendly hospitals in the state of New Mexico while setting a standard that makes baby-friendly and ten steps to successful breastfeeding the norm rather than the exception.

Jessica Marquez loves the idea of helping families reach breastfeeding goals to be healthier. Her passion for breastfeeding began while working as a nutritionist for the WIC Program at her local clinic. She served her community as team leader for two peer counselors, giving her the opportunity to work with breastfeeding needs at different levels. She enjoys sharing her knowledge to assist in normalizing the idea of breastfeeding within all cultures and communities. She has three wonderful kids of her own. Born and raised in the southwest, Jessica is very familiar with those communities. She has bachelor's in community health from New Mexico State University. Jessica has been with the Task Force since October 2016, supporting the southern region and chapters.